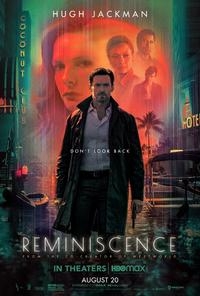 Nicolas Bannister, a rugged and solitary veteran living in a near-future Miami flooded by rising seas, is an expert in a dangerous occupation: he offers clients the chance to relive any memory they desire. His life changes when he meets a mysterious young woman named Mae. What begins as a simple matter of lost and found becomes a passionate love affair. But when a different client's memories implicate Mae in a series of violent crimes, Bannister must delve through the dark world of the past to uncover the truth about the woman he fell for.